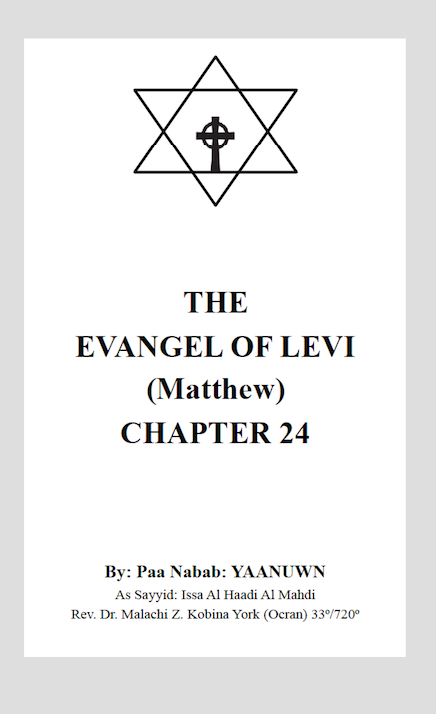 The Evangel of Levi (Matthew) Chapter 24

With Your Free Will Offering Read The Evangel of Levi!

The personage of Levi who was called in the translation Matthew "Gift of Yahweh" It's claimed his occupation was a tax collector as recorded in the book named after him. Matthew 9:9-13 Whether his existence is true or not it is left up to those who wish to believe what is recorded in the New Testament about him. No confirmed facts of his physical existence has been uncovered and or confirmed to date. His scroll was enter as a canonical book in the year 325 A.D. It was said that original was inscribed between the year 58-68 A.D. He became a follower of Jesus. According to another scroll Luke 5:27-32 Matthew is said to have given a great banquet for Jesus before becoming one of the twelve apostles Matthew 10:2-3.... read more