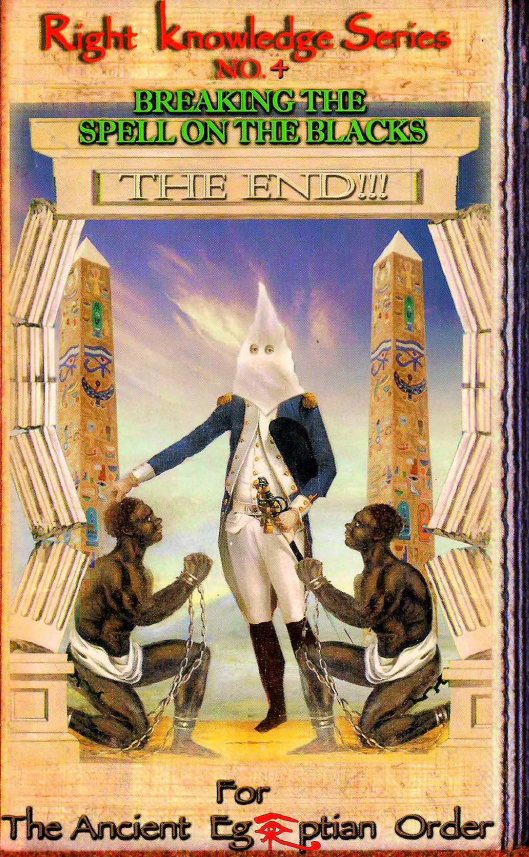 BREAKING THE SSPELL ON BLACKS

By Your Freewill Offering Read, "BREAKING THE SSPELL ON BLACKS" on pdf.

There is an evil hypnotic spell of amnesia cast upon the Nuwaupians, Black people everywhere called "Kingu" “The Hypnotic Spell of Sleep" or what is commonly known as “The Spell o f Leviathan". Our people have been in a coma state for 6,000 years, of the conscious mind, making you forget your true identity of self In Ancient Tama-Re "Egipt" we called it AMAM. This Spell of Amam is enforced through the media and religious propaganda that promotes scriptures, such as the English translation of the Bible and the English translation of the Qur’an "Koran", that consists of blind faith and beliefs with no facts or confirmations; out right ignorance to who they are.

The powers of Amam "Leviathan " are actually enforced by these fake religious book, and white supremacy propaganda, which I call White Magic. In their original tongue and form, the purpose of these religious books were for guidance, until disagreeable forces altered them into the form you have today which has you living off of blind faith. You shall know the truth John 8:32. Do not believe in the Truth. Know it through confirmation! Also a scripture written in Hebrew or Arabic does not make them true. Both the Hebrew Torah "Bible" and the Arabic Qur'an "Koran" have mistakes in them, and God or Allah could not make mistakes, not to mention, the original scriptures were destroyed. They don't have them. They only have replicas.